It is still possible to go pigeon shooting in England

On the 25th April of this year, not only hunters in England, but passionate wing shooters around the world received a real shock. It was reported that pigeon shooting in England, which is generally considered as truly world class, had been closed down with immediate effect. Plus, this ban not only applied to wood pigeons but also to crows, rooks, Canada geese etc., all of which had been considered (with good reason) as harmful pests and could be hunted all year round on a so-called “ General License”.

In parts of England, primarily in urban areas, anti-hunting sentiments are more drastic and pronounced than anything we are used to seeing here in Scandinavia. One of the key figures in this resistance movement is the former BBC television presenter Chris Packham, who has long used his contacts and experience with the media to gain far more exposure than hunt protesters would normally receive. He has used this opportunity to “bad-mouth” hunting and has managed to gather together a significant group of supporters who seem able to disregard the fact the Packham has again and again been shown to make totally undocumented claims, that he appears to have made up himself, about how awful hunting is.

Together with two other animal rights advocates, Mark Avery and Ruth Tingay, Packham founded the Wild Justice Association, whose purpose was/is to use crowdfunding to raise the finances needed to attack hunting at a high political level with the help of specialised lawyers. This finally led to the apparent closure of pigeon shooting on 25th April. Together with their legal team,Packham and Wild Justice had put so much pressure on Natural England, the body that takes care of nature in England, regarding  General Licenses that all such licenses were revoked. This in effect closed down the hunt. During the months following the ban, a new system was established that again makes hunting possible. At present, however, permission must be sought to hunt over individual fields and hunters must be able to document the damage caused by the game they will shoot. This means that in the future hunters/hunt organisers will have to deal with a great deal of more paperwork, making independent applications for permission to shoot over the areas they work with, and then making the subsequent reports. But as things stand, hunters visiting from abroad can only be happy that England’s fantastic pigeon shooting is still available.

Success - but with consequences

Even though it appears that Wild Justice has won a major victory, this victory comes at a price. It appears that the ban on hunting will have a negative impact on song- and wading birds. These species loose many eggs and chicks to predators such as crows and seagulls, which are now more common in England than ever before. Ornithologists have been very critical about the abolition of General Licenses as they fear that the new, and much more complicated regulations governing permission to shoot crows will deter many hunters from doing so, leading to a dramatic increase in the populations of crows and seagulls. Obviously the major losers here will be song birds and waders.

The final word of this saga has certainly not yet been said, but the fact remains that pigeon hunting in England is still open. 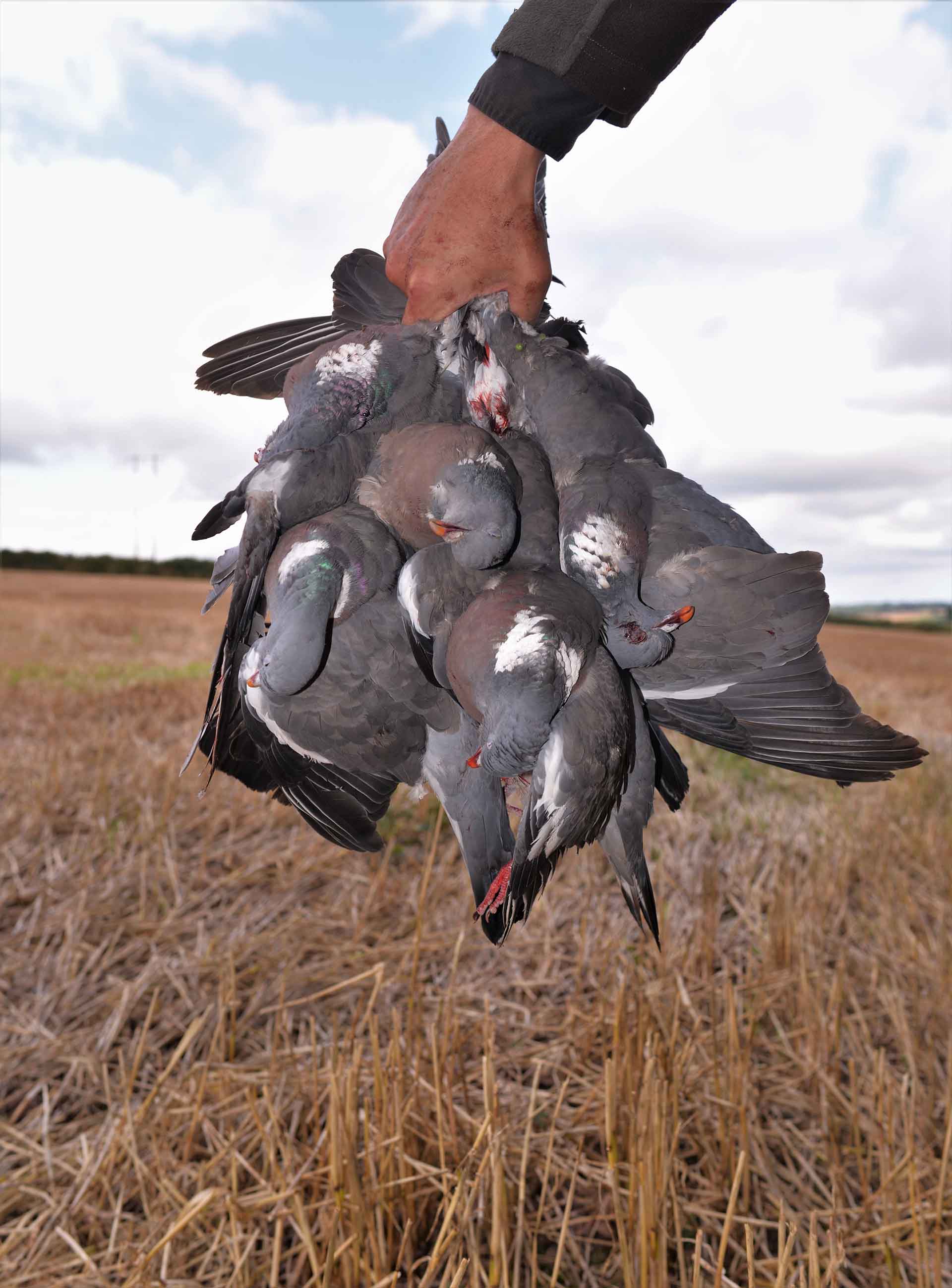