Choosing ammunition for your hunting tour

When hunting in their home country, most hunters have their own preferred type of bullet or cartridge which they swear by because it has performed well for them over the years. As a matter of fact there is often nothing at all wrong with sticking with your favorite ammo when you travel abroad to hunt, as long as you take into consideration that the conditions, game species and sometimes the local hunting legislation, will make greater, or at least different, demands on your choice of ammunition, than hunting in your local district will do.

Copper is on its way

Around 10 - 15 years ago several Europe countries introduced a ban on shotgun cartridges that contained lead. In recent years this development has also spread to rifle ammunition, and today it is possible to run into a ban on the use of ammunition that contains lead in a number of destinations you might visit as a hunter. I some places this is dictated by legislation, while in other hunters themselves have moved away fro lead by their own free will because they don’t wish to potentially consume traces of lead in the meat that they and their families eat.
On a purely legal basis such a ban it is most commonly in Germany, where several states have introduced a ban on lead, that a visiting hunter well feel the changes, but there is no doubt in what direction these developments are going. Make it a rule to check if there is a ban on lead ammunition in the country you are planning to hunt in.
Personally speaking, some years ago I was little worried about the killing power of copper bullets. At that time the manufacture of copper rounds was still in its development stages, and some type of bullet that were on the marked were not very convincing. Today all my doubts are gone. I have shot a lot of game with copper ammunition, and I am fully convinced it performs as well as lead. I myself shoot with Lapua Naturalis, which is today is a third generation copper bullet, originally launched over 10 years ago by one of the first manufactures of copper ammunition. Each generation saw improvements being made on this product, and now it is a bullet that has my full confidence. Other good good copper bullets with mentioning are Norma Ecostrike and Hornady GMX. 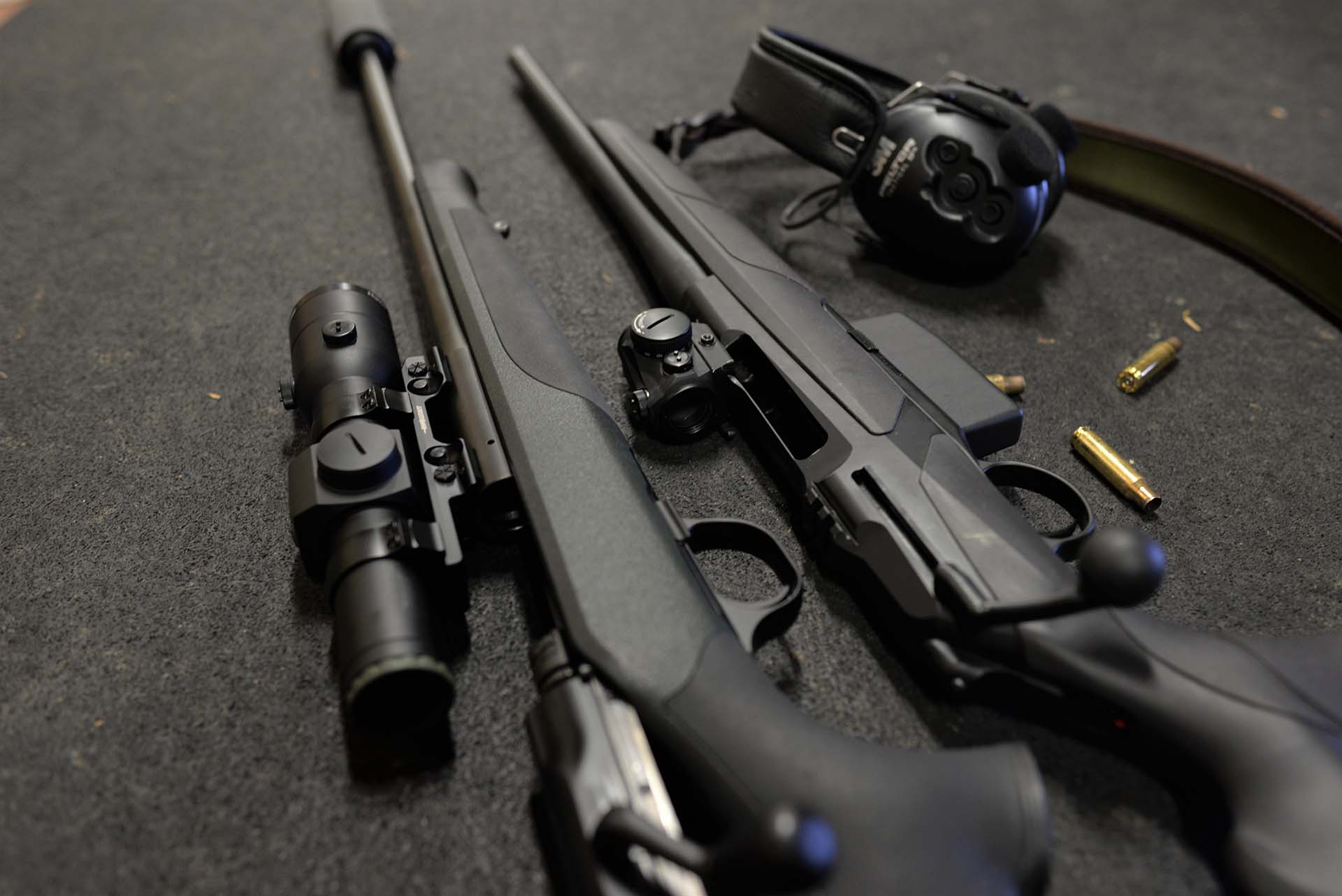 To make a really rough generalisation, you can split the properties of a bullet into two groups, namely bullets with a high impact energy, and bullets that are designed to penetrate.The impact energy depends on the bullet expanding immediately on impact, so that it transfers most of its energy when it first hits the animal. This is popularly know as ”stopping - power,” knocking the animal to the ground on impact, and making sure it stays down. Its main disadvantage is that this often destroys large quantities of meat, as well as that with larger, thicker skinned game death is not necessarily instantaneous. Here bulllets that release most of their energy on impact fail to have an effect on the vital organs of a large animal. Here it is best to use a bullet with good penetrative properties. Penetration means that the bullet will not loose most of its energy primarily on impact by expanding immediately, but will transfer energy gradually with a delayed expansion .This allows the bullet to penetrate deeper into the body causing major damage and death.
If, for example, you are hunting in the mountains where the game animals are rarely huge, it can be a great advantage to use bullets with a high impact energy, as it is important to see where the animal falls, so you can find it again, and you are less concerned about the loss of meat that might occur. Typically bullets with a high impact energy are lighter and have a better flight than most other types of round, which makes them the obvious choice when hunting up in the mountains or when you are shooting from a longer than average range. However if you are hunting for large red stags, wild boar or large antelope it may well be worthwhile looking for bullets with better penetrative properties.
Bullets with a high impact energy include Hornady SST and Swift Scirocco, while bullets with good penetrative properties worth mentioning are Norma Oryx, Lapua Mega and RWX HIT or DK. 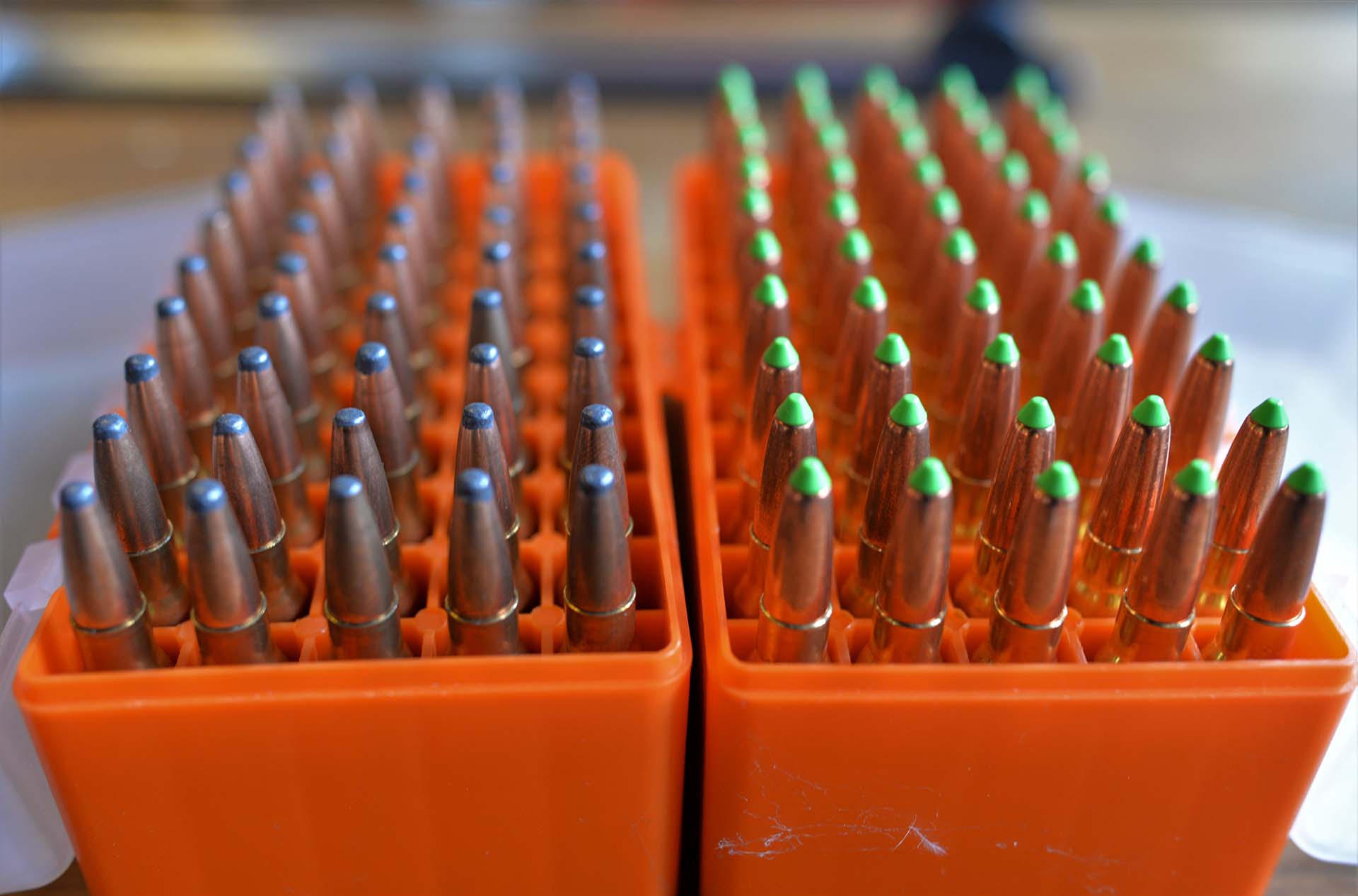