When The Stag Roars…

When a stag roars it simply demands respect. First and foremost from the other stags in the district, but, to a very high degree, also from the hunter sitting up in a tower, or hidden behind a bush, waiting fro the rutting stag to appear out in the open. A stag’s roar from the dense undergrowth really is something that can make the hairs on the back of your neck stand up! But hunting stags is not just any old hunt. You can call them up during the rut, stalk them or lie in wait during the autumn. Finally, during the winter you can even hunt them on driven or small driven hunts. An extra bonus is that you can hunt stags in nearly every country, under all kinds of different conditions imaginable, and ten on top of this there is a wide range of stag species, each of which have their own different behaviours. I you are a stag hunt there are certainly enough challenges awaiting you out there!

Hunting during the rutting season is of course possible anywhere where there is a population of large deer, and the hunting seasons allow it, but it is especially good in Poland and Hungary where they take this discipline very seriously. The high quality of these hunts hasn’t simply arisen by chance, both Poland and Hungary have carried out succesful game management policies for generations, and there are not many other destinations other than these two countries, where you have such a good chance of coming into contact with a really high calibre stag during the rutting season… Many visiting hunters have their focus almost exclusively on red deer, which is a real shame, as fallow deer also offer a wonderful experience, and can be found at much more affordable prices. 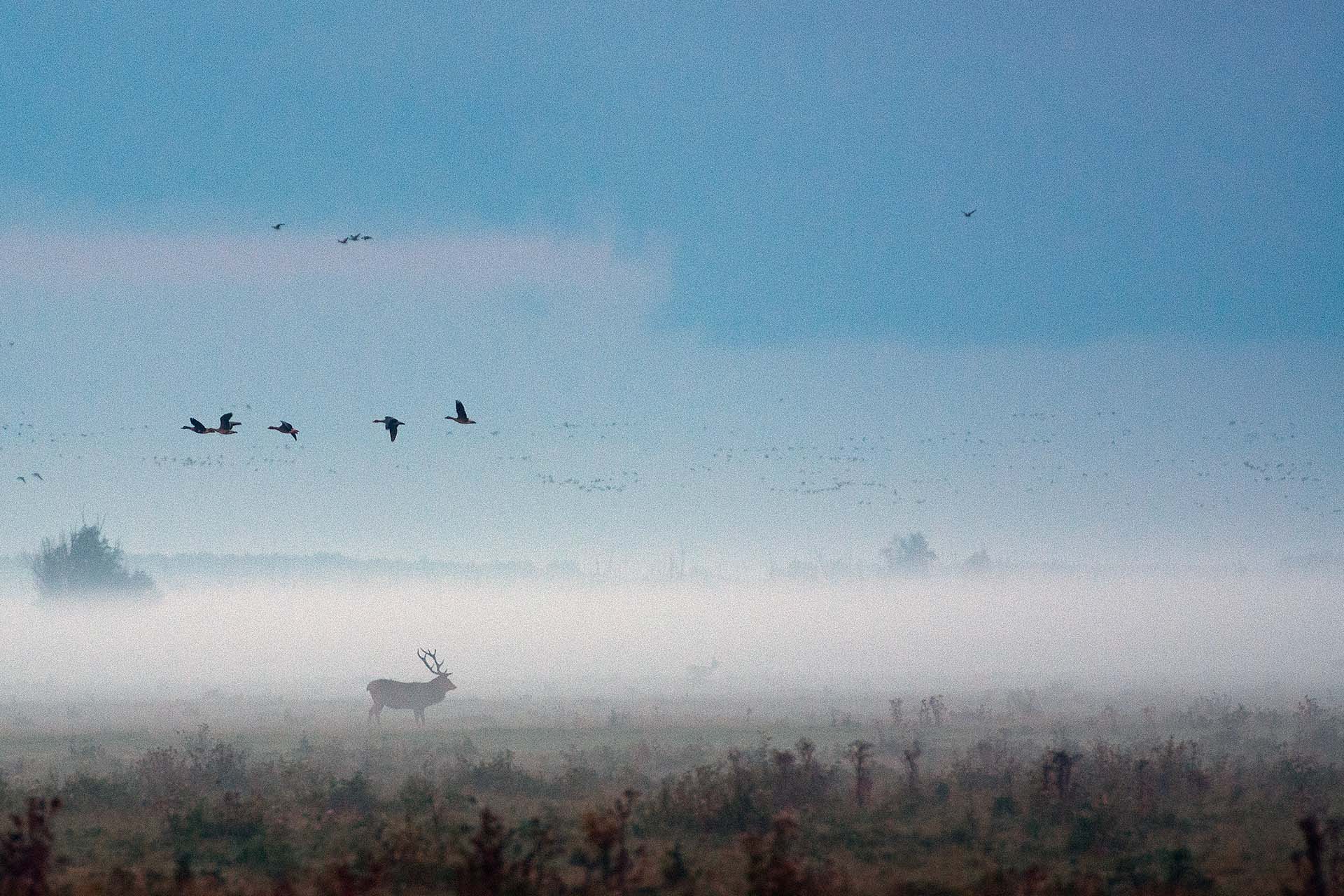 Hunting in The Highlands of Scotland

The stags of the Scottish Highlands are literally a breed apart. They are an independant subspecies of red deer(Cervus elaphus scoticus), that arose when individuals from the continental population of deer became isolated when the British Isles where cut off from the rest of Europe back in the early stone age, and have since evolved independently. The stags of the Scottish Highlands are smaller in height, weight and trophy size in comparison with their European relatives, which is primarily down to the harsh conditions and relatively nutritionally poor food on offer in the highlands. The highlands also present different challenges to the hunter, it is physically demanding terrain and shots often need to be taken from long range. 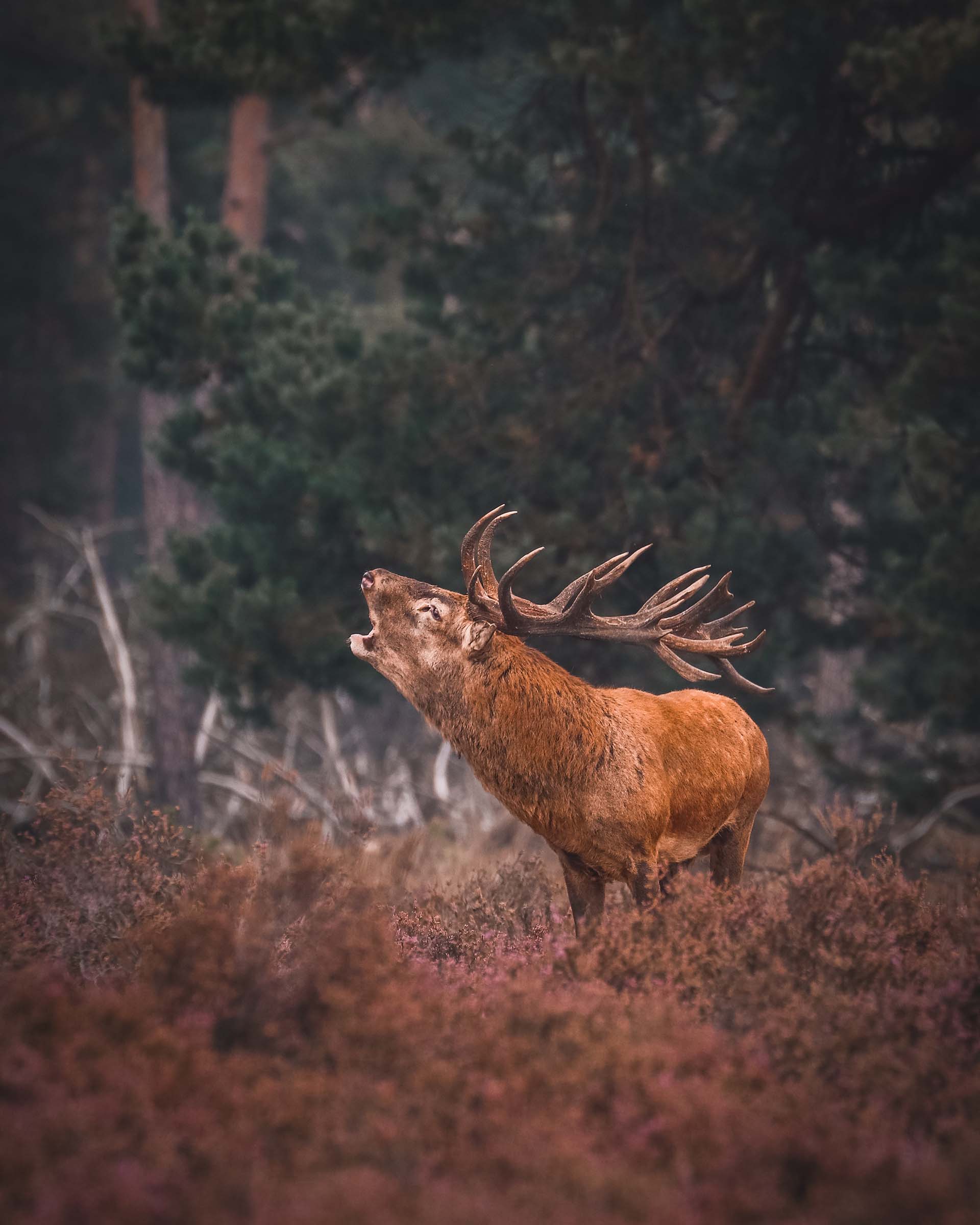 Naturally hunting stags in Poland, Hungary and Scotland can be carried out in an exclusive manner if desired, but there are also destination that have specialised in these types of hunt. Mauritius offers a tropical climate, luxurious hotels and not least a population of Rusa Deer that is more than 400 years old, originally brought here from Asia. There are few places in the world where you can hunt Rusa stags, but Mauritius is one. They can both be stalked and hunted on large, planned driven hunts, and hunting here can easily be combined with a family holiday.  As well as Rusa Deer, it is also possible to hunt wild boar on the island, but what Mauritius might lack in hunt able game species, is morer than made up for by the numbers of different ”Game Fish” available as Mauritius is famous for its fantastic Big Game fishing.

Argentina is another, often forgotten, stag hunting destination. In Argentina stag hunting is typically carried out on hunting farms, that are comparable to those found in Southern Africa. The stag species that most visiting hunters have most focus on is the Axis deer, which is originally from the Indian sub-continent, but has been introduced into South America on a number of occasions, not least into Argentina. Like the Rusa stag it is a deer species that can only be hunted in relatively few countries. Also, one must not forget that Argentina can also offer hunting for red deer and fallow deer, which makes Argentina one of the very few destinations worldwide where you can shoot three different species of stag on the same hunt in open countryside.