The roebuck season is now in full well underway, over the coming months thousands of Danish hunters will will travel abroad in search of the roebuck of their dreams. Many have already travelled, and as ever it is Poland that is the most popular destination. When it comes to hunting roebuck, Poland is far and away the leading hunting destination in Europe, but there are alternatives, and they all have their own local character.

England and Scotland are other hunting destinations that are traditionally very popular amongst Danish hunters, especially when it comes to big roebuck. In particular England produces some huge medal winning roebuck trophies every year, and as a further bonus prices in England and Scotland are often significantly cheaper than those you can find in Poland, while the local culture is also very enjoyable. On the whole the roebuck here are strongly built and symmetrical. 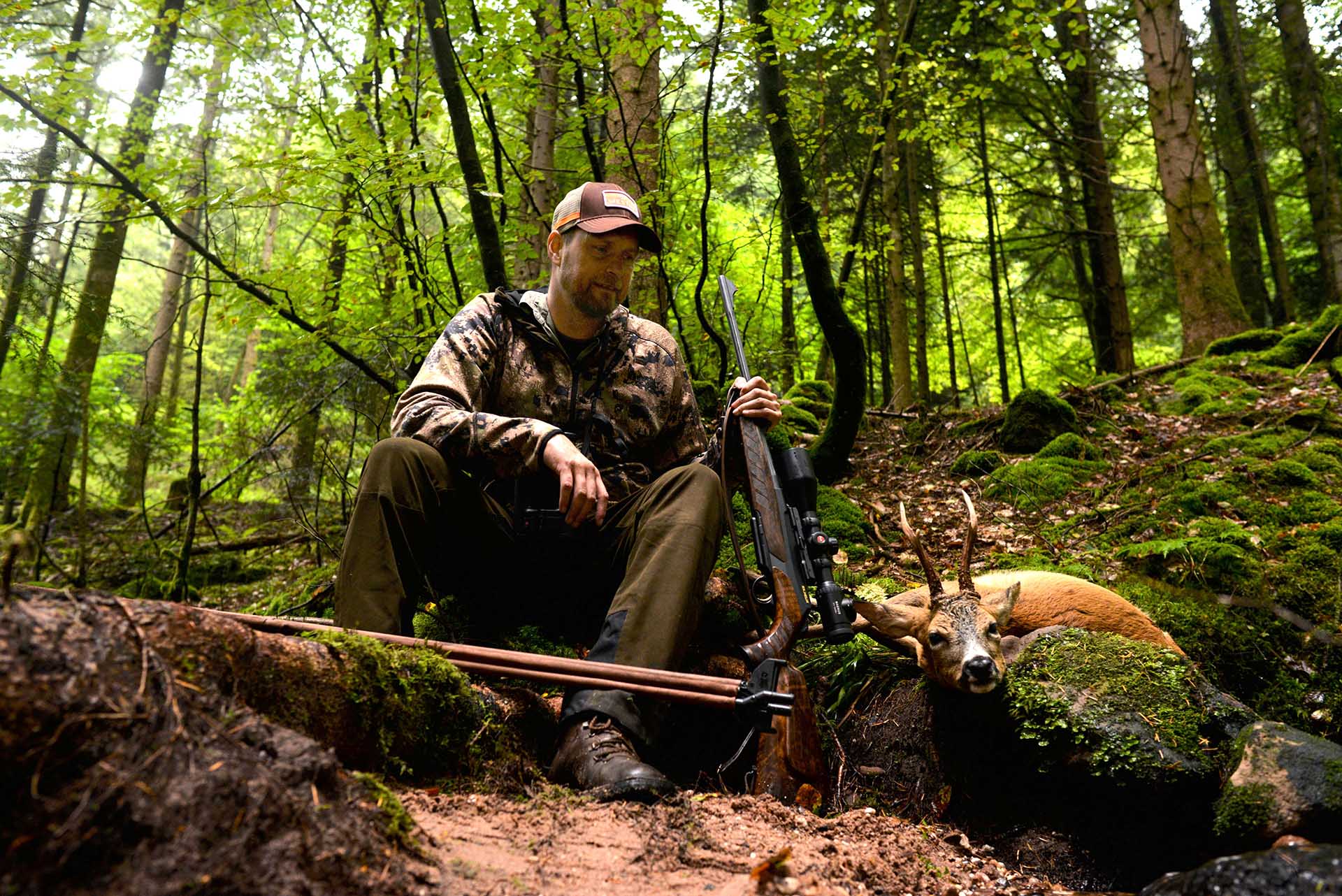 France is a country that has been much talked about by roebuck hunters over the last four to five years.  France will never be a destination where you will shoot many bucks, but on the other hand your roebuck hunts here will always be associated with a wonderful experience. In northern France one normally hunts  roebuck in forest clad hills. It is decidedly not mountain hunting here, and anybody who is reasonably fit can take part. During the winter the forests are often covere with snow, and conditions are generally hard, which is why the size of both the roebucks and their trophies is limited. But stalking a roebuck here on a hillside covered in ancient woodland, is an experience you should definitely not miss out on. If you are looking for a bigger trophy, you can certainly still consider visiting France. Travel down to the south cost, an area where it is easy to combine hunting with a family holiday. Hunting here takes place on farmland away from the larger towns, and you often hunt in very picturesque surroundings. Here you can even find some really large roebucks, with some incredibly strongly built trophies, some may even go as far last to  describe them a gnarled, but there are certainly impressive!

Poland has it all! Here you can find both large trophies and many smaller roebuck, so no matter if your goal is to bag a good medal winning buck, or to enjoy a hunt where you are more or less certain to shoot a smaller roebuck every day, Poland can deliver the goods. Polish roebuck trophies are very harmonious in form, similar to those we find here in Denmark, just larger in size.

Spain is another country, which like France, suddenly came to be heard on everybody’s lips just a few years ago. Few local hunters gave roebuck hunting much attention, as the main focus of Spanish hunting is on ibex and Monteria hunts. Then suddenly enormous roebucks began to show up on the social media, with a number of Spanish roebuck recently come very close to the world record. Roebuck hunting in Spain is still in a developmental stage, and is very variable in both price and quality, but never the less it is perhaps the most interesting destination in Europe when seen through the eyes of a roebuck hunter.

Sweden can boast of being home to the world’s largest roebuck, the so-called ”Widtskjöfle buck” which was shot in 1982. Generally Sweden produces some enormous trophies. The estates here really do understand how to carry out effective game mangement and shooting policies. Roebuck hunting in Sweden can be cheap but difficult, or expensive and with a good rate of success It is up to the individual hunter to decide if he wishes to invest a lot of time, or a great deal of money to bag  a really good Swedish roebuck. Big trophies can be found here, and they are usually very well formed, typically a Swedish roebuck trophy has very tall, straight beams and a limited spread.

When it come to hunting really big roebuck, Hungary has been a much sought after destination for many years. Many roebuck hunters regarded Hungary as the only real alternative to Poland for decades, but with the advent of the new roebuck destinations coming on to the market, it is beginning to lose this status. However Hungary is absolutely still a realvant choice, and its reputation for having traditionally high trophy fees has altered markedly because of the increased completion from abroad.  In contrast to Poland, which can be very conservative, hunting in Hungary can be very adaptable, and it is certainly not a destination that should underestimated.

The above are the most popular roebuck destinations in Europe, but the list does not stop there. Countries such as Romania, Bulgaria, Croatia and Turkey are also beginning to join the fray, and they can all pull good trophies from out of their sleeves. It will be exciting to follow new developments  in this field over the next few years.