There is no doubt that the Corona virus and Covid-19 will have a lasting effect on the hunting industry over the coming years, but the big questions are how much and in what way?

Here I will give my personal view on these themes, but it is important to stress that these views are my own and not necessarily those of Diana Hunting Tours, even though I hope and believe that we agree on many points.

First, lets look at the future of the  hunting travel agencies:

When Denmark was shut down and all Danes travelling abroad were called home, I believe that there were many travelling hunters who all enjoyed one major advantage, that they travelled with an agency who was close at hand. Others however, namely those who were travelling independently, ended up in a really awkward situation.

When one has to simply drop what you are doing and come home as quickly as possible, it can be a fantastic help to have a travel agency at home who could take care of changing flight tickets and arrange transport home for all their customers travelling abroad, even though it was not always easy.

The situation faced by some hunters travelling independently, which included some people I know personally, was very different.

To try and change a flight ticket from a hotel room without access to a computer, in a country where you don’t speak the language, during the chaotic conditions that arose from the spread of Corona around the world, especially when the outbreak exploded in Europe, was no easy task. For some it was practically impossible.

I believe that in the future all travellers, both hunters and non-hunters, will use travel agencies to a much higher degree than before. Corona has been a grim reminder of the fact that the world is not always so safe and predictable as we had come to believe.

The safety net provided by travelling with a recognised agency with experienced staff, who can get you home quickly if the need arises, will be valued more highly from now on. 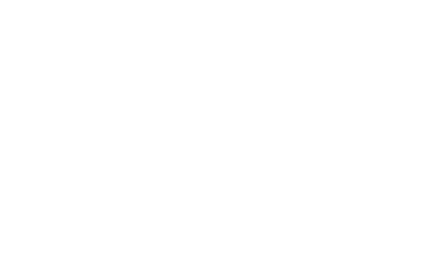 The outlook for Hunting Outfitters:

Travel agencies have have been hit hard, and there will be some that will go down. But shouldn’t the government’s help package keep most of them afloat? But will there be any hunting left to sell? Yes. That is my firm belief. But the hunting on offer may change.

I have a good friend in Canada who is a hunting outfitter. He has invested over one million Danish kroner in paying the Canadian state for permission to hunt in the areas he uses, for tags, for on-going population surveys of his districts by wildlife-biologists, and for setting up camps. Two months ago he was fully booked for the spring and autumn, but now everything has been cancelled. He does not have a single booking, all the money he was spent looks like it will be lost, and his company if likely to go bankrupt. Unfortunately, this scenario can be seen a lot in Canada right now.

However, I don’t believe the hunting itself will change much because of Corona. Hunting here takes place on state-owned land that will that will not change, but just lie fallow, while the virus outbreak rages. When it is all over there will be new hunting guides waiting to lease the land and resume hunting.

As yet we don’t really know the impact that Corona will have on southern Africa, but many signs suggest that we may be looking at a catastrophe that will keep hunters away for a considerable time. In South Africa and Namibia hunting typically takes place on private land owned by game farmers. Over the last 20 -30 years they have worked hard to transform cattle farms, which had a serious negative impaction the environment and wildlife, to hunting farms on which the native vegetation and animals life could re-establish itself. All this was financed by hunting.

Now it looks like that hunters will stay away from southern Africa for quite some time, perhaps a number of years, if developments take a turn for the worse. Farm owners will survive, and pay their bills in one way or another, but for the owner of a game farm the easiest solution may unfortunately be to change back to cattle farming.

The future for outfitters may look bleak, depending on where in the world they are, but I am convinced that it the countrys where hunting takes place on state owned districts, hunting will restart relatively quickly in the form that we know. However one has good reason to be concerned about how haunting will look in the future in areas where most of the hunting takes place on private land. Of course it will come back again in time, but it may take a decade or more.

The future for travelling hunters:

As a travelling hunter we have responsibilities. Namely to support the hunting industry so that we can help ensure that there will still be a hunting industry on the other side of the corona virus.

We can actually do this in a vey simple way:

POSTPONE YOUR TOUR INSTEAD OF CANCELLING!

If they have a healthy number of bookings hunting outfitters will find it easier to persuade the banks to keep them going during the crisis, so that normal life can restart quickly when it passes.

Another advantage to keep hold of your booking is that you will be one of the first to visit the hunting district when the Corona crisis is over. Just try to imagine some of the trophies that will be running around the district after a year of two pause from hunting!

In fact it is actually now you should be booking that hunting tour of you have always dreamt of, even though you cannot be sure if it will take place in one year or two, as you are certain to get the hunt at a good price, as a thank-you for your support. You will also have a really good chance to bag the trophy of your dreams, after the mountains have been left in peace over the coming months.

For the hunting “consumer” the outlook does not need to be that bad, but it is now that you should show your support and help secure the future of the hunting industry around the world.