Welcome to Greenland! Here you can combine hunting reindeer with some rough shooting, angling for artic char and deep sea fishing. Greenland, the world’s biggest island, lies where the North Atlantic meets the Arctic Ocean. 85% of Greenland is covered by glaciers and the inland ice, which stretches for some 2,500km from north to south, around 1,000km from east to west and is up to 3km thick. 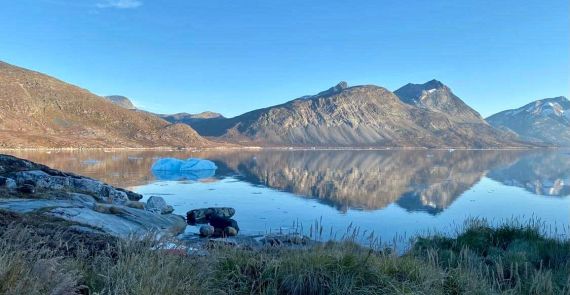 We can now offer an exciting hunting adventure close to Greenland’s capital, Nuuk. For many, a hunt for a big, mature bull reindeer in the unbelievably beautiful landscapes of Greenland is a dream come true. Together with our partners, Nuuk Outdoor, we can offer hunting in a district that has never before seen commercial hunting, which means there is a really good chance of finding big reindeer bull.

The hunting district is 2 ½ hours from Nuuk by boat.  For a number of years a quota of reindeer for trophy hunting has been set, but until now this quota has not been used, and as the locals prefer not to shoot the large mature animals, this means that visiting trophy hunters have a great chance of obtaining a really good trophy. The terrain is hilly, from 300 to 600m in altitude, so hunters should have an average level of fitness to get the most out of the hunt.

On this tour you will experience modern Greenland side by side with the old, traditional Greenlandic way of life, while the seasons are changing from the long summer days when the sun never sets, to the long dark days of winter.

Welcome to Kalaallit Nunaat - Land of the Greenlanders

The summer hunts for reindeer take place in the period between 1st August and the 31st October. At the beginning of the hunting season the reindeer are still in velvet, but by mid September their antlers will be totally clean and have developed a good colour. In October the bull begin to gather together in small groups to gradually prepare for the rutting season, when nit is possible to call them up.

Despite the arctic climate, the weather on the floor of the large fjords is very stable. During the summer the weather is often very dry and sunny, with temperatures during August lying between 4 and 20ºC. In September/October daytime temperatures are around 10ºC while at night it can drop to -10ºC. Like many other destinations, the autumn weather can be changeable with some rain or even snow, but often with clear sunshine.

Nuuk lies just south of the Arctic Circle which means that during the summer it doesn’t get dark, while at mid-winter there is nearly no light, just a couple of hours of “blue light” when the sun is just below the horizon, moonlight and the wonderful Northern Lights. Despite its size of nearly 2 million km2, only 56,000 people live on Greenland, most of whom are Inuit. Fishing and hunting seals, birds, reindeer and musk ox are still the main occupations here.

Day 1: Fly to Greenland from Copenhagen. The flight time to Kangerlussuaq is 4 hours and 50 minutes, and as there is a 4 hours time difference you land around an hour later, local time, than when you left Denmark. From Kangerlussuaq you will take a domestic flight to Nuuk. Your hunting guide will meet you at the airport and drive you to a hotel, where lunch will be waiting for you. Here you will also be briefed about the upcoming hunt. After lunch you will be driven out to a range to “shoot-in” your rifles. (It is possible to bring your own rifle of hire one in Greenland). You will then put out to sea and sail to the hunting district on a licensed Targa boat, so you will be ready to start the hunt the next morning.

Days 2 - 5: 4 days hunting reindeer with 2:1 guiding. You will move around the district by boat or on foot. Therefore you should be prepared to walk relatively long distances during the hunt. You can expect to shoot from a range of 25m up to 300-400m. After you have shot a reindeer it is possible to enjoy some rough shooting for ptarmigan, foxes and hares. It is also possible to go fishing. The max. number of hunters during the same period is 4. Days 3,4 and 5 are all full hunting days.

Day 6: Sail back to Nuuk and either depart with Air Greenland on the same day or overnight in a hotel in Nuuk and depart the following day. Naturally it is also possible to extend your stay in Greenland.

The camp lies in a river delta where 2 meltwater rivers, running out from the inland ice, meet. From the camp you can reach the hunting district directly by foot, by crossing the river by boat, or by using an inflatable boat to sail on the lake above the camp.

Our partner in Nuuk is Nuuk Outdoor which is owned by Kenneth Thomsen from Denmark. Nuuk Outdoor is a company that offers tour/charter boat trips to business clients and tourists. They have boats licensed for 3 passengers. Kenneth has lived on Greenland for 13 years, and has also taken part in the Sirius patrol. In recent years he has arranged hunting, fishing and wildlife tour in the district...

Scientific Name: Ovibus moschatus Subspecies: Circumpolar in the northern hemisphere. One subspecies in North America: Alaskan Musk Ox. (Ovibus m. moschatus): Alaska, Canada (Introduced on the Nunivak Islands, Alaska). Habitat: Tundra in the north. Description: Large sheep, weighing around 410 kg and measuring up to 1,50 m over the shoulder, reaching a total body length of 2,50 m. The coat is...

Diana Hunting Tours works in partnership with Europæriske ERV, to offer the perfect travel insurance to cover your hunting tour and a cancellation insurance that covers you if you have to cancel because of illness.

If you are interested in purchasing travel- or cancellation insurance through Diana Hunting Tours, please contact your travel consultant or our support tea on (+45) 62 20 25 40 or send an email to info@diana.dk 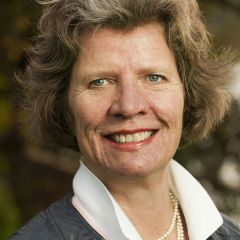 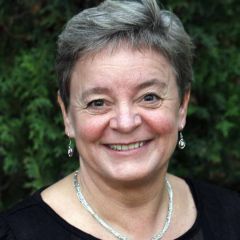